Learn the basics of iOS and to include powerful cloud services into them. From cloud-hosted DBs to auth with Facebook.


Learn the basic subjects about iOS and Cloud-based services that you will need to create powerful applications enhanced by the cloud.

Build amazing apps that are empowered by cloud services with this tutorial for both beginners and experts that want to learn about cloud-services.

Powerful apps that your users will love

Including cloud services inside your apps creates a better user experience that your users will appreciate. Having data in the cloud is amazing so your users can have the same things on their iPhone and on their iPad and even on their Android (if you develop your app for other platforms as well).

iOS is growing amazingly, so a lot of users could download your apps. You could even be hired as an iOS developers, those guys are very well paid.

Suitable for beginners or anyone who is barely starting on mobile app development. You'll learn the basics of the Swift programming language, the basics of app creation and you'll even create real-world basic apps.

Also suitable for experieced developers who want to learn what they can do by integrating powerful cloud services in their apps. You'll learn how you can acces cloud-hosted databases (and create thos databases), upload photos to a cloud storage service that YOU create, authenticate your users with Facebook or other services and more!

The courses flow is designed to take you from beginner (if you are one) to an experienced developer with apps that take advantage of the power of the cloud.

Work alonside the aouthor and you'll end up with 5 real-world apps. You will also have learnt how to create powerful iOS apps from the ground up. 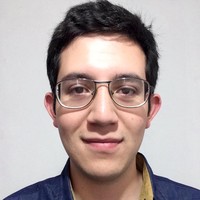 I am a Software Engineer. But I'm also studying Finance and Banking.

I have developed mobile apps for iOS, Android and Windows. But I've also designed marketing strategies for some local businesses and my own company.

I'm a cofunder of an Internet of Things startup, in which my role goes from software developer, to cloud expert, to project lead, to inventor. But my role also goes to Chief Financial Officer, to CEO, to marketing, to designer and sometimes even teacher.

I have learnt a lot in school and at work about software development, cloud computing and the internet of things. But I've also learnt in my new school and during my amazing journey cofounding startups about finance, banking, marketing, design, leadership and other very interesting stuff.

Above all however. I am human and I'm here to try to make the world a better place in any way I can, one is creating Internet of Things devices that will make life better, another is teaching stuff so you can be better at work, or even creating your own company!

When does the course start and finish?
The course starts now and never ends! It is a completely self-paced online course - you decide when you start and when you finish.
How long do I have access to the course?
How does lifetime access sound? After enrolling, you have unlimited access to this course for as long as you like - across any and all devices you own.
What if I am unhappy with the course?
We would never want you to be unhappy! If you are unsatisfied with your purchase, contact us in the first 30 days and we will give you a full refund.
off original price!